What Makes Indore a Perfect Place to Abode

Indore is the most populous city in the Indian state of Madhya Pradesh. It is renowned as the commercial capital of the state and also regarded as 'Mini Bombay'. The city has been an abode of Madhya Pradesh Stock Exchange and thus various business and commercial activities are being done in its localities. The place of Indore offers various opportunities to the people in the field of technology, finance, business and even in accommodation. Several people have several questions in their mind before moving from one city to another. These questions can be related to education, jobs, healthcare, infrastructure and many more. The city of Indore has all these factors to excite you in living here. 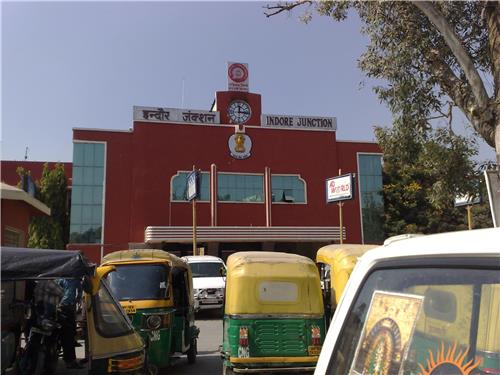 Indore Junction
Indore has enjoyed a significant transformation from a historical place to the modern city of Madhya Pradesh. Hence, living here can be costly here because real estate prices in the city are among the highest in the state. But you should not only consider its high prices because the city also offers you high enjoyment, high class architecture and high cultural features. So, all the expatriates looking to relocate can consider these factors which make Indore a perfect place to live?

Like any city of the world, local transportation in Indore is its lifeline. For the last few years, the transportation here has witnessed a major growth with the entry of more options in this sector. In fact, the transport services in Indore are among the best and cheapest services in the whole Madhya Pradesh state. There is frequent bus service available within the city that runs under the Municipal Corporation. You can ride on to these buses that take you comfortably to your working destination or any other. Apart from these state run buses, you also have options of mini buses, tempos, auto-rickshaws and city vans in Indore. Besides the local transport, the city of Indore also provides efficient railway transportation as its railway station is one of those few places in the country where both meter gauge and broad gauge railways tracks are operating. Indore Railway Station has direct trains to metropolitan cities like Delhi, Chennai, Kolkata and Mumbai. Furthermore, living at Indore would become more interesting in the prospects of transportation due to the presence of Devi Ahilyabai Holkar Airport that connects this city to the many important cities of India. There are direct flights from Indore Airport to Ahmedabad, Hyderabad, Kolkata, Mumbai, Jaipur, Nagpur, Delhi and Bhopal through major airlines. 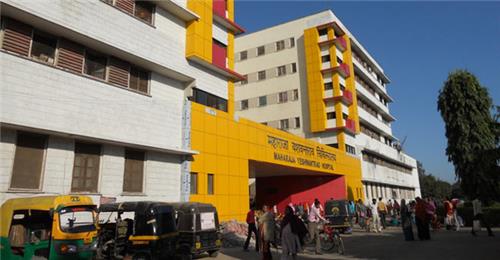 The city of Indore, Madhya Pradesh, has with times developed efficient healthcare services in different localities. As an expatriate, you can locate yourself at any locality of Indore because the city has total number of 51 public health institutions along with a good quantity of private hospitals. These services will certainly fulfill your medical requirements if you are planning to settle in this part of Madhya Pradesh.There are number of government and private hospitals, diagnostic centers, pathology labs and several pharmaceutical stores. If health is among your priority list then you can find across the city. Maharaja Yeshwantrao Hospital is the one of the oldest as well as largest public hospital in the entire region of Madhya Pradesh state. Therefore, Indore city will definitely a perfect place to reside thanks to the presence of its well organized healthcare services.

The city of Indore has wonderful educational services provided by both government and private schools. Majority of these educational institutions are within walking distance of the residential areas and they also provide services of school buses. The primary and secondary schools in this city are affiliated with the Central Board of Secondary Education (CBSE) while some others are affiliated to ICSE Board, NIOS Board and Madhya Pradesh Board. Besides the pre-degree institutions, Indore has several degree colleges and universities where hundreds of thousands of aspirants learning different kinds of courses. In fact, the city is the only place in the country which is comprised of both Indian Institute of Technology (IIT) and Indian Institute of Management (IIM). Many colleges and institutes in the city are affiliated to Devi Ahilya Vishwavidyalaya, formerly known as University of Indore.
The city of Indore is regarded as one of the busiest commercial places in the state of Madhya Pradesh. It is also the region with the highest development rate index comparing to other major cities of the state. Therefore, Indore is an ideal place for all the job seekers. The sector of Information Technology in this city provides the large job prospects as the top companies like Infosys and TCS have already commenced the construction of their respective offices in Indore and according to an estimate, they can offer up to 5000 jobs to the seekers in the coming five to six years. 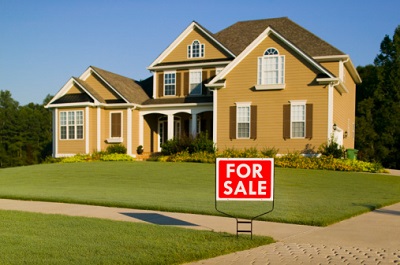 If you are looking for perfect home, Indore has everything from older homes to newly constructed well modernized homes including large bungalows. The city has the reputation of modern lifestyle and thus it provides safe and friendly neighborhoods to the newly arrived family. In the past few years, the real estate in Indore has grown up at rapid pace because it opens the option of high return on property investment. The city has now become favorable to the well renowned national real estate companies such as DLF Limited, Emaar MGF, Parsvnath, Omaxe, Suncity of ZEE Group and many more. These real estate firms have already launched their residential projects in this region, particularly, on the Indore bypass. However, real estate boom in Indore is also determined by the projects of local players like Casa Greens, Silver Spring, Kalindi, Pumarth and much more. When we talk about Indore's Real Estate, it has become one of the primary sources of its economy.

Indore city is surely that place where it’s very hard to get bored. It boasts of several shopping malls and cinema halls where large number of people can be witnessed. This commercial capital of Madhya Pradesh has a number of cinema halls in the form of PVR Cinemas, Satyam Cineplexes, Regal, Velocity, MadhuMilan, INOX Central, Mangal Big Cinema and many more. All kinds of movies, local, national and international, are being displayed at these cinema halls. Besides that, circuses and magic shows are often organized at its different localities which also entertain people. The adornment of Indore is done not only through various entertainment hubs rather it also has large number of shopping malls such as Treasure Island, Indore Central Mall, Orbit Mall, Mangal City Mall, Century 21 Mall and many more. You can buy goods at cheaper prices at these shopping centers. In addition to this, there are several local markets located in Indore in which you can purchase anything as per your requirements. 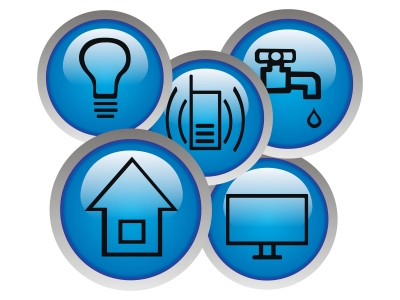 Utility Services
For the consistent development and overall growth of a city, a well-organized and well-modernized infrastructure is very crucial. The region of Indore, in Madhya Pradesh, has been declared as ‘Special Economic Zone’ by the Ministry of Commerce & Industry and also the Department of Commerce, Government of Madhya Pradesh. Hence, it is specially blessed with excellent public utility services provided to its residents. The administration here is committed to provide sufficient supply of electricity, drinking water and sanitation, LPG Gas, along with offering services of telecommunication, banking, safety and postal. It makes all efforts to provide basic utility services with the purposes of making life comfortable of its each and every resident and also maintaining a safe and secure environment to live here.

If you are a foodie, you may like to find a living place which is near to the various food options. Actually, this might be a determining factor before choosing a city to live. In this regard, Indore will be more suitable for you because it also renowned as 'Street Food Capital of India'. The city has different restaurants offer various types of cuisines such as Mughlai, Bengali, Maratha, Continental, Rajasthani, Confectionery sweets and also local dishes like Dal-Bafla. These food places are located in proximity to residential places which make comfortable to the people. The most famous food place in Indore is Sarafa Bazaar where the youth and family gather to enjoy a variety of Indian fast food items and local cuisines of Madhya Pradesh. There are also several shops of sweets where you can buy different Indian desserts. Moreover, the city of Indore has also located outlets of international companies like McDonalds’, KFC, Cafe Coffee Day and Subway. 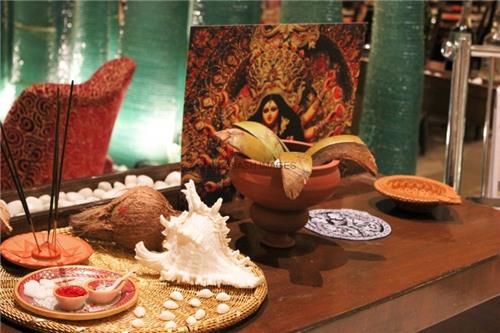 The city of Indore is counted among the most diverse cities in India because it has no domination of a single nationality or culture. However, it has been an abode of large Jain community, particularly, Rajasthani Jains but a decent population of Gujaratis, Marathi, Punjabis, Sindhis and others can also be seen here. There are also several migrants in the city coming from varied parts of the nation. Perhaps, lots of people want to settle in Indore largely because of its cultural diversity and peaceful environment. By living here, you can find people in Indore speaking different kinds of languages such as Hindi, Marathi, Rajasthani, Malwi, Punjabi, Sindhi and English. In addition to this, you can also entertain yourself by becoming part of different kinds of festivals celebrated by the communities here such as Anant Chaudas, Navratri, Ahilya Utsav and Rangapanchami.

Choosing a home is largely depended upon what is important to you and your family. From security to healthcare or from transport to educational services, you would like to have all the fundamental amenities in that place where you want to stay with your family or alone. The city of Indore is comprised of fully modernized infrastructure which makes it a perfect place to live. To assist you in making this important decision, we have mentioned here several important factors that will indeed erase any confusion in your mind regarding staying in Indore. The city has been embellished with all the facilities through which you and your family can call it 'home'.