One of the remarkable and striking structures found here in Indore is Town Hall. Also known as King Edward Hall, it was built in 1904 which later renamed as Mahatma Gandhi Hall in 1948. It is and fantastic designer model of Indo- Gothic architectural style established in the era of British regime.

The memento displays the fine architecture and superb Stone work on outer and inner side of the Town Hall. It is one of the most magnificent structures built with White Seoni and Red Patan stone which is well designed by Charles Frederick Stevens. This spectacular place holds clock tower known as Ghanta Ghar which is an antique four faced clock tower and can be viewed from all sides of the surrounding areas. 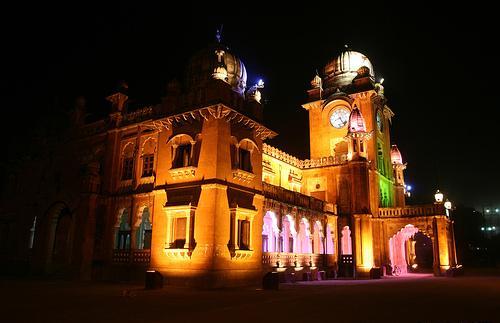 Town Hall in Indore
In ancient times it used to be center of attraction for the people of Indore. They used to watch timings at this clock tower which was the only source of time.

What to see in Town Hall:

The architecture and designing of Town Hall are one of the prominent things to watch at this place. This distinctive piece of heritage gives the remembrance of ancient culture and conventional approach of British. This is well furnished and decorated with gilded designer interiors.  Its central hall has a capacity of 2000 people which is generally used to hold meetings and get-togethers.

Now it is mostly used for organizing exhibitions, art gallery, fairs, and other such important activities. Visitors can enjoy these events as well as the historical monuments having intense values. 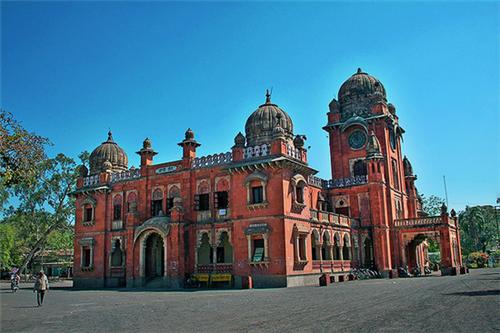 Places to see near Town Hall:

Here are some of the popular places near Town Hall:


Indore White Church
White church is located just 1.1 km away from Town Hall. It is an ancient church built during British Raj and has an architecture that reminds of that era. With its calm and soothing ambience, it is the perfect place to attain solace from humdrum of busy life.

Rajwada
Located at a distance of 1.3 Km from Town Hall, this is the historical palace of the mighty Holkar dynasty of Indore. This two centuries old palace is a seven storey manor built in French, Mughal and Marathi architectural styles.


Kamla Nehru Park
It is popularly called as Indore zoo and is located around 0.4 Km from Town Hall. This zoo has a children’s play area, joy rides, and some most exotic varieties of wildlife to attract the visitors. Rides offered here include pony ride, goat ride, buggy ride, camel ride, and elephant ride. 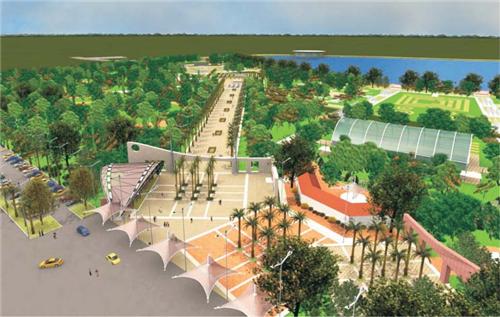 Pipliyapala Regional Park
This is a huge park located at 1.3 Km from Town Hall and is a favorite hangout for the people of Indore. Sprawled over 120 acres, this park is dotted with lush greenery and also offers boat rides in adjoining lake, Pipliyapala, for the visitors.

Gomat Giri
At a distance of 2.9 Km is located this Jain pilgrimage. It is situated on a hillock with 24 temples made of marble dedicated to the Tirthankaras of Jainism. it also has a 21 feet high statue of Gomateshwar which is said to be the copy of famous Bahubali statue of Shrawanbegol. 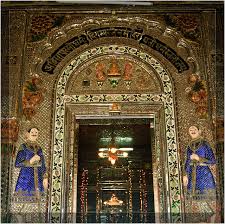 Kanch Mandir:
This temple made exquisitely of mirrors and glass was built in early period of 20th century by Seth Hukumchand. Its presiding deity is Lord Mahavira whose idol is made of black onyx and glass beads.

Lalbagh Palace:
Located at just 2.9 Km from Town Hall, this magnificent palace built over River Khan was constructed between 1886 and 1921 by Holkars. The entrance of this palace replicates that of Buckingham Palace in London and it has many ancient artifacts on display inside.

Bada Ganpati Temple:
Located 1.3 km away from Town Hall, this temple was built during 1875 and has 25 feet high idol of Lord Ganesha which is the largest Ganpati idol in the world.

Hotels near Town Hall in Indore: 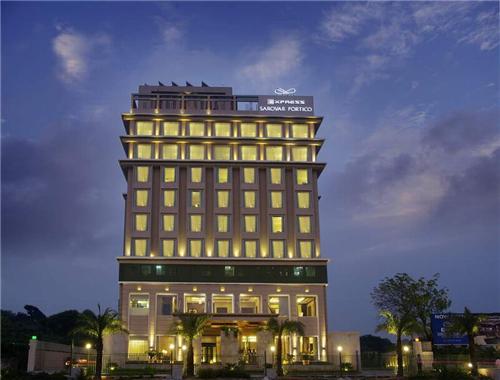 Town hall is positioned in the centralized location right in the core of Indore. It is situated on the M G Road which is the busiest path of Indore and this monument is standing tall from more than 100 years.