Tourism is the lifeline of any city, which not only brings in revenue but also promotes the art, culture, handicrafts & cuisine of the region across the world. Indore city which is also known as the commercial capital of the state of Madhya Pradesh sees a large influx of tourists all around the year. Famous for its numerous tourist places ranging from historical monuments, religious places, natural parks & waterfalls to wildlife sanctuaries the city has something for everyone. Tourists coming to the city are amazed by its scenic beauty, well-developed infrastructure & glitzy malls & multiplexes. So while on a tour to this ancient city of Indore do not forget to explore the many wonders it has to offer. 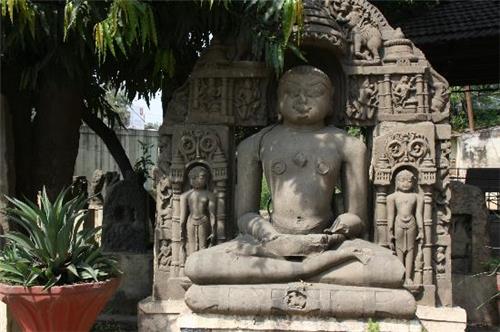 Central Museum is one of the most famous tourist destinations in Indore, frequented by hundreds of people every day. Built in the year 1929, the museum houses a rich collection of artefacts dating back to the pre-historic times which amazes the tourists coming here. Central museum comprises of two galleries, in which the Gallery one has artefacts of 4,000 to 5,000 BC, which depict the lifestyle & culture of that era. People especially come to see the Statue of Ganapati which is about 8 meters tall and is considered as the tallest statue of Ganpati in the World. Besides this one can view Stone Tools, Quartz Sickles, Ornaments and other items of daily use found from the Malwa region, sculptures from 11th & 12th century, coins, arms, etc. The second Gallery is beautifully adorned with intricate carvings showcasing the Hindu Mythology. Many ancient Sculptures like Shiva & Parvati seating on Nandi Cow, a standing Parvati, Chamunda have been brought here from the ruins of Hinglajgarh temples. A boon for the art & history lovers the place is also very popular amongst the children & students. 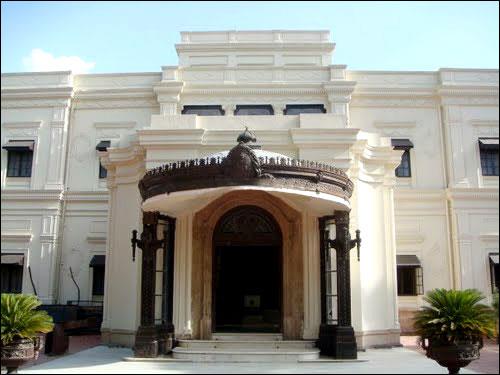 A beautiful palace located in the heart of Indore city, the palace is a must visit place. Built during the period from 1886 & 1921 by Maharaja Shivaji Rao of the Holkar Dynasty. In those days the palace was used for hosting grand royal parties as it had a huge ballroom with wooden flooring set-on on springs for giving an extra bounce. Spread over an area of 11, 3311 sq meters, it is a majestic three-storied building and is located on the banks of River Khan. Constructed in the European style of architecture it also is combination of other styles like Renaissance, Palladian, and Baroque of that era. The style of the huge entrance gates of Lal Baag palace was cast in England following the style of Buckingham Palace Gates. The gates proudly depict the motto of the Holkar rulers, which is ‘He who tries will succeed’. The interiors of Lal Baag palace are built using Italian Marble with huge chandeliers & flying nymphs on the ceiling and Windows made out of stained glass brought from Belgium. A unique feature of this palace is its kitchen, constructed on the other side of Saraswati River and was linked to the palace by an underground tunnel and bridge. Way ahead of it times the palace had an innovatively constructed lift which was used to carry the food upstairs plus a cart which moved horizontally used to clean the high ceiling. Thus it is counted as the one of the most spectacular places in Indore, much appreciated by the tourists as well as the local residents. 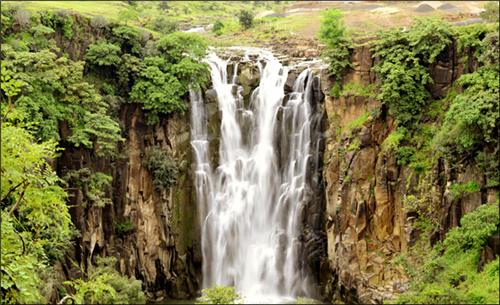 If you want to enjoy a fun-filled trip in the lap of nature, Patal Pani Waterfalls is the perfect place to visit. The exotic place is located at a distance of nearly 36 kms from the city of Indore. There is a waterfall where the water gushes down from a height of 200 to 300 feet and accumulates in a Kund or pond below. As per mythology the Kund is considered sacred as it is believed that the kund is so deep that it reaches the Patal or hell hence the name of the waterfall. Surrounded by lush green forests the beautiful, picturesque and serene atmosphere around the waterfall rejuvenates the tourists coming to this place. A rugged terrain with small hills & a valley provide a perfect setting for adventure sports like trekking, hiking or rock climbing. It is though advised to take caution while going here during heavy rains and to hire the services of a guide. A heaven for the nature & adventure lovers Patal Pani Waterfalls is thus flocked by thousands of tourists throughout the year. 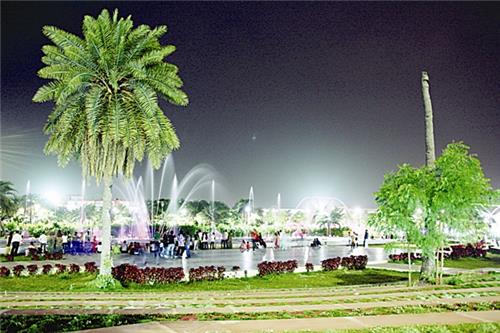 Famous for its green cover, Pipliyapala Regional Park is a much-visited & popular place for people who want to take a break admist nature’s beauty. Built by the Indore Development Authority (IDA) with a budget of Rs. 50 crore the entry to the park is absolutely free on Saturday. The park has many sparkling fountains and beautiful Mughal, French & Bio-Diversity gardens which enthrals & reenergises the visitors. The Park also offers a range of facilities like Musical Fountain, Jumping Jet Fountain, Artists' Village, Maze, Amphitheatre, Fast food Zone, Boating, etc. engaging the young & old alike. The Park is open on all days except Tuesday from 11 am to 9 pm with a nominal entry fee of 25 Rs. for adults and 10 Rs. for children. 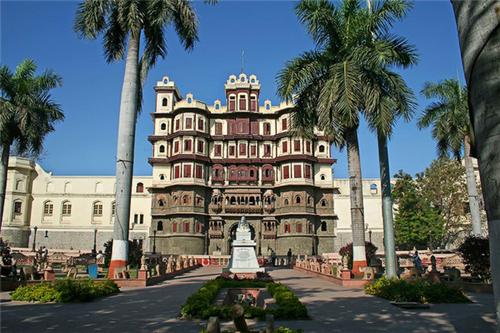 Indore city is famous for its Palaces, and Rajwada Palace is one amongst many others. Built nearly two centuries ago the Palace very truly depicts the unique architectural style of that period. The Palace was built by the mighty Holkars of the Maratha Empire, and is thus also popularly known as the Holkar Palace. Magnificently constructed it showcases a unique blend of Mughal, French, Indo-Saracenic and Maratha styles of architecture, one half of the palace lies in the center of the city while the other part falls in old Indore Town. The palace has seven stories in which the top floors are made of wood while the lower three floors are built of stone. A huge wooden gate engraved with iron studs provides a majestic entrance to the Palace; on entering the Palace there is a large central courtyard and a Ganesha Hall surrounded by rooms & galleries on all sides. The Palace has been reconstructed as it was burnt three times in the past, and continuous efforts are made to maintain the glory of the Palace. Nowadays besides being a popular tourist attraction the Palace is also used as a venue to organise art exhibitions and music concerts.