Subway is yet another food chain having its presence and operations in Indian subcontinent. In 1965, Subway initiated with the idea of giving good quality sandwiches in Connecticut USA. It started with a meagre capital along with the partnership of Dr Buck and Mr. Fred. Within the short span of time, they formed thirty two more subway restaurants in other parts of the country.

Gradually they increased their pace of operations by establishing restaurants in different parts of world and soon became one of the leading food chains. 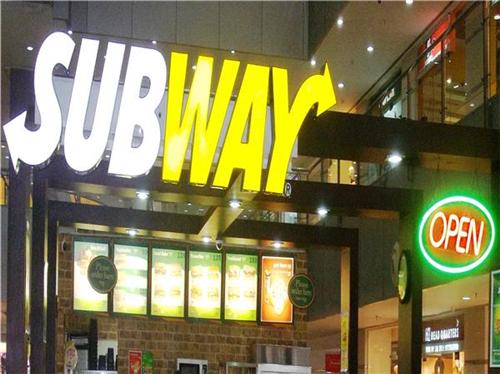 Subway after establishing their niche in food stores, are trying to explore the new arenas of prospects. Hence they began their stores in India as well through a franchisee channel. Currently they are operating in India through more than 400 outlets serving various delicious sandwiches and other delectable food stuffs to make a landmark in India’s restaurant culture.

Subway is not only serving fast food, but also providing healthy as well as nutritional food products. Keeping in mind the taste preferences of Indians along with health and value to food, Subway restaurants always attempt to offer low priced nutritional food for Indians. 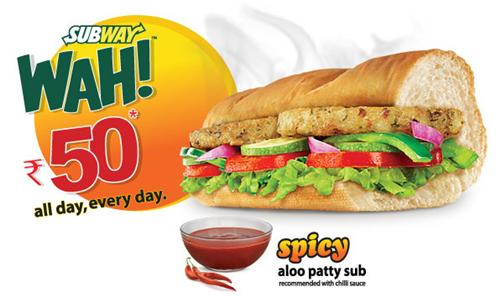 There are two categories of foodies found predominantly in India, viz vegan and non vegan. To lure both these communities, they have separated their kitchen in two parts to serve different sandwiches to either of the consumer. Their starting range of Rs. 50 is an outstanding preposition to attract young generation to try out these healthy and yummy cuisines. In vegetarian menu, the Veg Shammi, Veggie Delite, Veggie Party, Paneer Tikka, and Aloo Patty are the hot favorites.

Subway has made its foray in almost every city of India and Indore is also not left behind in their list of restaurants. The city churning out an average fast food business of more than 3 crores annually has two prominent Subway restaurants located at C21 Mall and Malhar Mega city mall, both at Vijay Nagar. 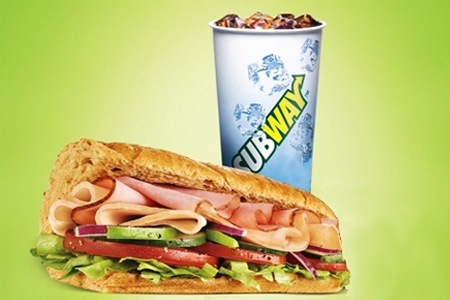 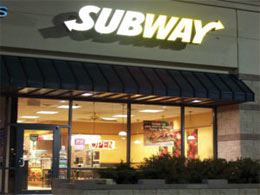 Subway is a perfect hangout for the young brigade of Indore due to its pocket friendly rates and comfy ambiance that suits them completely!!

Explore more about Food in Indore