Marriage Certificate is an important document recognized as proof of marriage or registration of marriage. The necessity of Marriage Certificate arises to prove legal married status of a person. It is an obligatory and effective tool for proving marriage and it also cuts many problems that come after the marriage. It is required for obtaining certain legal documents and even in acquiring passports, or changing your maiden name, and other such legal papers. In some parts of India, it is mandatory to have marriage certificate but still there are lot of people who do not know the exact purpose and procedure to obtain such legal documents. So here are the complete details of marriage act and procedure to register under it for city of Indore. 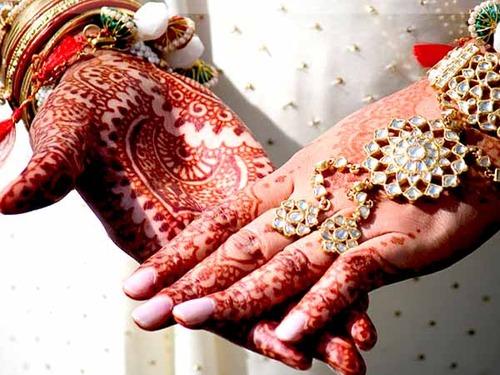 In Indore, there are two Marriage Acts: the Hindu Marriage Act, 1955 or the Special Marriage Act, 1954 under which a marriage can be registered. The fundamental eligibility for marriage is age. The minimum age limit for male is 21 and 18 years for females. The desiring parties of marriage should either unmarried, divorced, or previously married earlier; the spouse should not be alive. Additionally, both parties should be physically and mentally sound and they should not be related in a way prohibited by the statutory law.

There are two acts under which marriage can be performed. First the Hindu Marriage Act which is applicable to the Hindus, Jain, Sikh, and Buddhists or converted in to either of these religion. The Special Marriage Act is applied for all other religion in which either groom, bride or both are of other religious conviction. 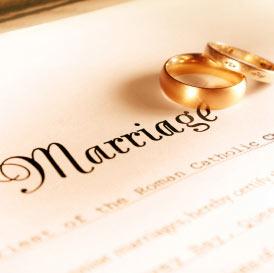 Either of Husband of Wife should be residing in the limits of Indore registrar in whose jurisdiction marriage is going to be registered. In this case, both the persons have to appear before the Registrar along with their witnesses within 1 month from the date of marriage. There are some exemptions under the provision for condemnation for the delay up to 5 years. This will be at the sole discretion of Registrar and after 5 years it will be a concerned matter of district Registrar.

All these documents must be attested by a Gazetted Officer excluding receipt.


Procedure of registration under Hindu Marriage Act in Indore

On the date of application for marriage certificate, verification of documents presented by the applicants is done and day for registration is fixed. The applicants or parties to this registration are expected to be present before SDM with a Gazetted officer who attended that marriage. Under Hindu Marriage Act, the marriage certificate is issued either the same day or within some days.

For applicants belonging to categories other than Hindu, Sikh, Buddhist, and Jain, this Act was incorporated. They have to apply for certificate to the registrar under whose jurisdiction, their marriage was solemnized. This Act has provisions for solemnization and registration of such marriage by a Marriage Officer.

At least one of the parties to marriage must have resided for a period exceeding 30 days in the area under jurisdiction of Marriage officer to whom notice is given by them. If any one of the parties resides in another area, one copy of notice must be sent to the respective Marriage Officer for publication of this notice. Marriage can be solemnized only after one month from publication of notice if no objections are received.

In case of any objection raised, decision to allow or deny this marriage vests with Marriage Officer. Registration is allowed to be done only after solemnization of marriage. If a marriage is already solemnized, its registration can also be done under Special Marriage Act 1954 after issuing a 30 days public notice. The parties to marriage must have attained their minimum age as stated above for marrying.