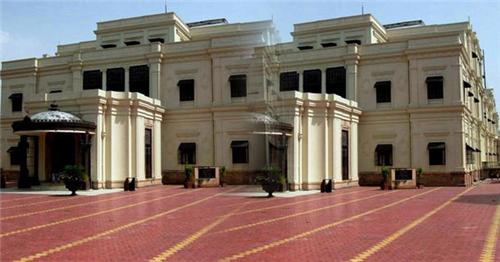 Outer View of the Lal Bagh

Indore City houses many types of industry and is considered as the industrial hub of Madhya Pradesh. That does not mean that Indore does not have much for the travel freaks or history lovers. One of the busiest towns of Madhya Pradesh, Indore has lots to offer to the travelers of all types.

There are numerous temples, religious sites, historical monuments, museum, gardens and other architectural marvels of modern times. Lal Baag Palace is one of the most appreciated and grandest monuments of Indore City that still carries the grandeur and glory of the Holkar Dynasty, the dynasty that ruled major parts of Madhya Pradesh for long. 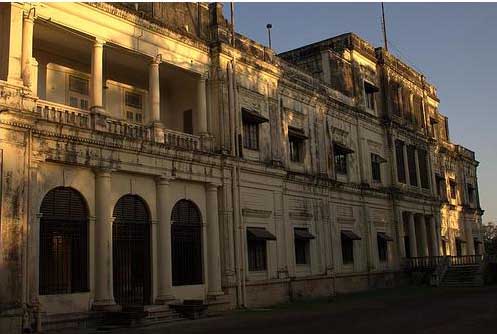 Lal Baag is located on the bank of River Khan on the outskirts of Indore city toward the southwest region. The building has three stories and has been the place where many royal receptions were held.

Lal Baag Palace was built during 1886-1921. The palace stands among dry and dusty gardens on the bank of Khan River and has been influenced by the European architecture. The construction of this palace started in the year 1886 under the supervision of Tukoji Rao Holkar II.

The construction of this palace took place in three phases and the final phase got completed in 1921 under the supervision of Tukoji Rao Holkar III. The construction is spread over an area of 28 hectares. The Government of Madhya Pradesh is converting the palace as a cultural center and it has been turned into a museum now.

Lal Baag Palace, one of the splendid constructions done under the Indian Rulers, is acclaimed worldwide for its unique construction style. It is considered as one of the most stylish royal residences in India. The ground floor entrance hall is made of marble and displays many prehistoric artifacts. First Floor houses spectacular coin collection and many of these coins are of Muslim Era. 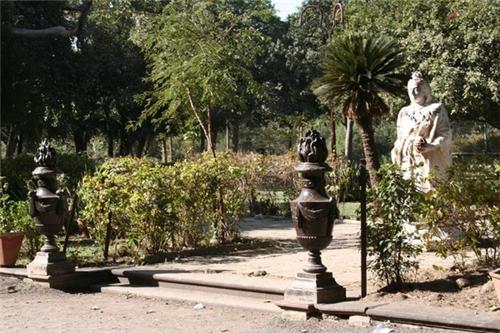 Lawn Area of the Lal Bagh

History buffs would never like to leave this palace because every nook and corner of this palace takes them to the journey of history stretched over a long period of time. The palace has wonderful collection of contemporary paintings and sculptures of India and Italy.

Visitors would get mesmerized by the eye captivating decorations of the interiors of the palace. Italian marble columns, Persian carpets, Belgium stained glasses, wall paintings inspired by Italian style, stuffed animals like tigers and leopard, reliefs of Greek mythology would definitely make the visitors feel they are out-of-the-world. 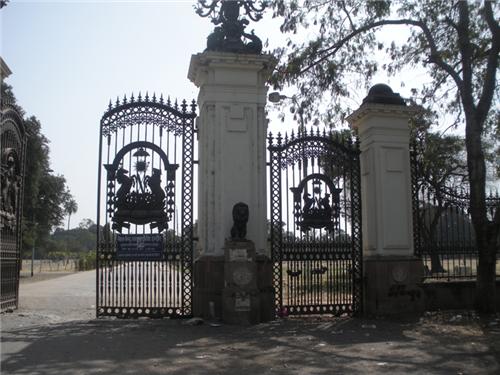 Entrance of the Lal Baag Palace

The ballroom of Lal Baag Palace has wooden floor that is constructed on springs to provide extra bounce. The kitchen room is made on the opposite bank of River Khan and was connected to the main palace through a canal that was well lit.

The Palace gates are the replica of gates of Buckingham Palace, London but are almost double the size of the gates of the Buckingham palace. Those gates were molded in cast iron and got carried to India from England. The palace gates have the emblem of the Holkar State. The emblem state “He who tries will succeed”. These gates are one-of-its kinds in entire Asia. 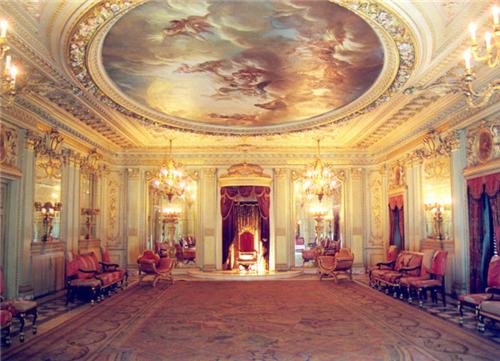 Most of the furniture and decorations of the palace depicts early Georgian style. The proportioned and well furnished rooms, decorations on the walls and the ceilings of the palace rooms, magnificent gates are the main features that captivate visitors.

Till 1978, the palace was inhabited by the Holkars and Tukoji Rao was the last royal resident of this uniquely built palace. The palace also has a spectacular rose garden, one of the best gardens in India.


How to Reach Lal Baag Palace: