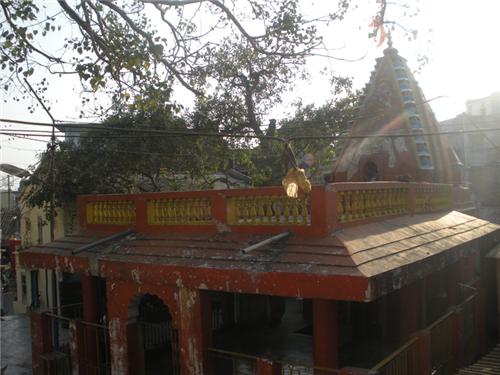 The temple was found to be put up on 18th century. Indore is situated on the Malwa plateau, on the banks of two small rivers - the Saraswati and the Khan (known as Kanha earlier).  The rivulets unite at a place where the holy Indreshwar temple is built. Like most of the early civilizations which were built on riverbanks, even Indore was established on the banks of two rivers, at the side of this famous temple.

For several years it was believed that Indore was bought into being by the “Holkars”. But the belief is shaken with new evidences discovered and many debates are raised by the archaeologists. There are several legends regarding the origin of this temple and foundation of the city of Indore.

As per mythology reveals, Raja Shailendra Singh who was on a journey to conquer Ujjain, had laid up his camp besides the banks of river Khan and river Saraswati. He was totally bowled over by the beauty of this place and it was he who laid a Shivling at the summit point of both the rivers, to make it memorable. Thus along with his settlement Indrapur, he got the Indreshwar temple established as well. 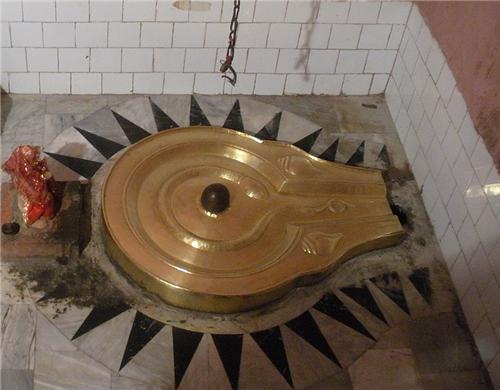 Another legend indicates that the Rashtrakuta king Indra III was most likely the founder of Indore. It was in 916 A.D, during the period of the Chalcolithic age when the Rashtrakutas ruled Malwa region. While returning to his capital of Manyakheta, after conquering the land of Kannauj, the king along with his army chose the region besides the Kanha River to set up their camp. The king built a temple on the shore of the Kanha River. The temple was dedicated to the great lord Shiva and named as Indreshwar Mahadev temple after him. The village nearby was hence called Indrapuri. Gradually a settlement evolved around this region, near the temple and thus marks the commencement of the progression of the present city Indore. This settlement, though a very small area, was regarded as an important stop for traders and travelers passing by Central India.

But the popular faith that still exists is the Zamindars or Holkars being the founders of the city. As per the traditional belief, it was Chaudhary Nandlal Mandloi who colonized to this area with his people and developed the city to an organized habitat. The place was named as Indrapur inspired by the Indreshwar Mahadev Temple. Years later, under the Maratha period, when the area was given to the Maratha General Subedar Malhar Rao Holkar, the name had developed to “Indur”. This name was eventually transformed to Indore during the era of the British Rule.

The temple is said to be a mix of Indo-Aryan and Dravidian style of architecture. This “Besar” architectural design gives a typical blend of both northern and southern style of construction in this temple and thus makes the difference to the eyes of the tourists. The temple’s sanctum sanctorum is built in the classic Deccan ruler’s flair. The altar of the temple is constructed below the ground and has stairs leading to it. The pillars and carvings in the walls of the temple and the sanctum sanctorum also reflect the characteristics of Deccan culture.

The Lord Indreshwar Mahadev Temple is historically a significant spot for Indore. The original old temple was further renovated by the native Holkers. But, the temple is still considered to be one of the crucial shrines in the Pandrinath area of Indore.