For a nature lover a tour to hill station can be the best gift. Hill stations come with huge varieties of flora as well as fauna to stare at. With the greenery and silence around one can easily forget all the tensions and sadness in life and feel the happiness inside. A trip to the hill stations near Indore is one of the most convenient options. Yes, Indore has a vast range of nearby hill stations to surprise the local people as well as the tourists. 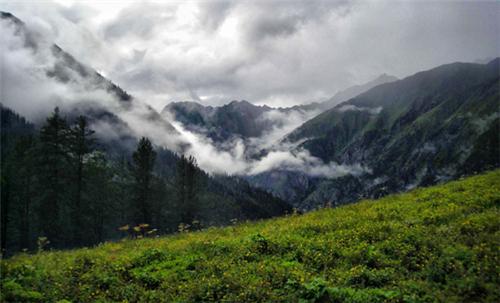 There are many hill stations around Indore, which are very popular with the residents of Indore as well as the other visitors. The locations of these hill stations vary from some minutes to some hours away from Indore.

Situated on a small hill which is 10 to 12 km away from Indore, it is one of the most popular destinations for the followers of Jainism. It is very widely known for the 21 feet statue of the Lord Gometeshwar, a replica of Bahubali statue located at Shravanbelagola. Also, the Jain Samaj has also built the 24 marble temples.

Every marble temple is dedicated to the 1 Tirthankar of Jain religions. In 1981, M.P. government donated Gomatgiri to Jain Samaj.

Only 35 km away from Indore, Janapaw Hill has a special place in Indian Mythology. As per the local legends, the hilltop used to be the ashram of Rishi Jamadagni, who was the father of Parshuram. This is also the birthplace of Lord Parshuram. Apart from that, this hill is supposed to be the original place of the rivers like River Gambhir and Chambal.

Some 200 years ago, a reservoir was constructed at the place, from where these rivers originated. The entire hilly area looks very beautiful during and after monsoon. When you stand at the edge of the hill, it is a sight to behold. You can also see various small ponds and lakes. This place is famous for trekking and picnics.

Also known as the Queen of Satpura, Pachmarhi is located on a large plateau, which is ringed by the hill on the evergreen Central Satpura ranges. Pachmarhi is a famous hill station, known throughout India. It is situated in Hoshangabad district, located about 360 km from Indore. 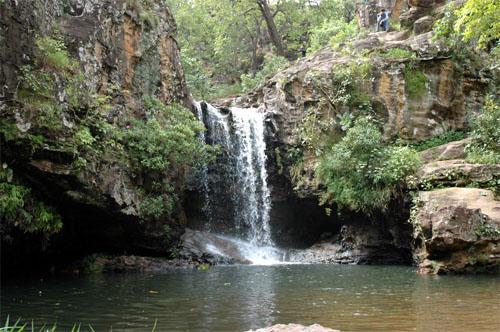 The height of this hill station is 3550 ft. above the sea level. Panchmarhi is surrounded by ravines, rugged hills, 12 beautiful and breathtaking waterfalls, quiet glades, serene pools and beautiful forests.

Vanchu Point is situated on Mhow Jam road which is about 30 km away from Indore. It is situated near Indore’s water supply Plan. The gate which joined Malwa and Nimad is situated nearby. When Devi Ahilyabai Holkar was ruling Indore, at that time it was built. The surrounding green and tranquil hilly area relaxes the body and the mind. There are two Dak Bungalows which belong to forest and other department.

Situated near Sonagach village and about 64 km away from Indore, Pushpgiri is one of the Jain Tirth which came into reality with inspiration from Acharya Tarun Sagarji Maharaj. The 250 acres complex of Pushpgiri houses schools, museums, Jain Sthnaks, shopping centers. It also has the idol of Bhagwan Paraswanath which is in Padmasan (a Yogic posture), which is 108 feet tall. 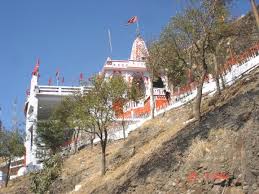 Dewas, the name of the city is derived from the Devi Vaishini hill which is located near the city. Located 35 km away from Indore, the hill has a temple of Devi Chamunda. The word dewas is also a sandhi (meeting point) between the two words Dev or deity and Vas or abode, which means the abode of goddess.

Dewas is situated near the foot of a hill which is known as the Chamunda Tekri or hill of Goddess Chamunda. This hill rises 300 feet above the normal level. Originally, the town was known as the Devivasini or the goddess residence. You can mount the hill by a broad flight of the stone steps. At the summit of the hill, an image of the goddess is cut in rocky wall of a cave. There are two shrines of the goddess. One is known as Chamunda Mata or Choti Mata and other is known as Tulja Mata or Badi Mata.

Situated about 90 km away from Indore, Mandu is situated amidst Vindhya ranges, which is elevated 2000 feet above the sea level. Mandu is a celebration of life and joy in stone. It is the land of poet-prince Baz Bahadur and his beautiful consort Rani Roopmati. Today, also the balladeers of Malwa sing the love and romance of these lovers. Also, the up at the crest of the hill, the Pavilion of Rani Roopmati gazes down at the Baz Bahadur’s Palace. Under the Mughal rule, it was the Monsoon retreat of the Mughal Badshaah and a pleasure resort. 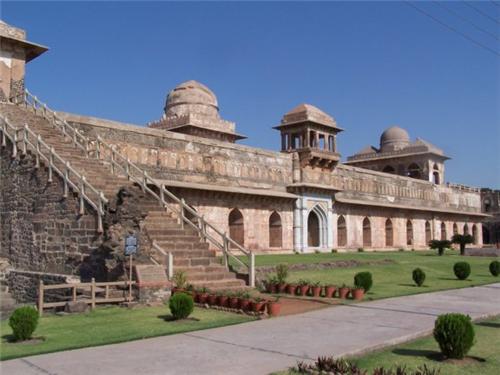 The mystic beauty of these monuments, amidst the purple sunsets and the sprawling lush green landscape paints a haunting picture of the bygone era. This picture is completed with the rich surroundings of tamarind, banyan and mango trees. Mandu is also famous for “Khusrani Imli” which bears fruit only in the rainy season. The glory of the Mandu lives on, in the songs and legends which are chronicled for the posterity.

Just 25 km away from Indore, Kajligarh Fort is situated on the Khandwa Road. The old small ruined fort is located near a beautiful valley and has a small waterfall. During and after the rainy season, the surroundings are very lush and green. This spot is not yet discovered by most of the residents of Indore.

At the attitude of 1461 m, tucked away in the mountains of Satpuda, Toranmal is one of most lovely and peaceful places on earth. Located 171 km away from Indore, here, indeed you can go far from the madding crowd. When you are bored of plain lazing, you can visit the beautiful Yashwant Lake. Apart from that, you can also visit Seetha Khali or other charming temples from the olden days.
So, just pack your backpack and retreat to these hill stations for relaxing your mind and body. Enjoy yourself.